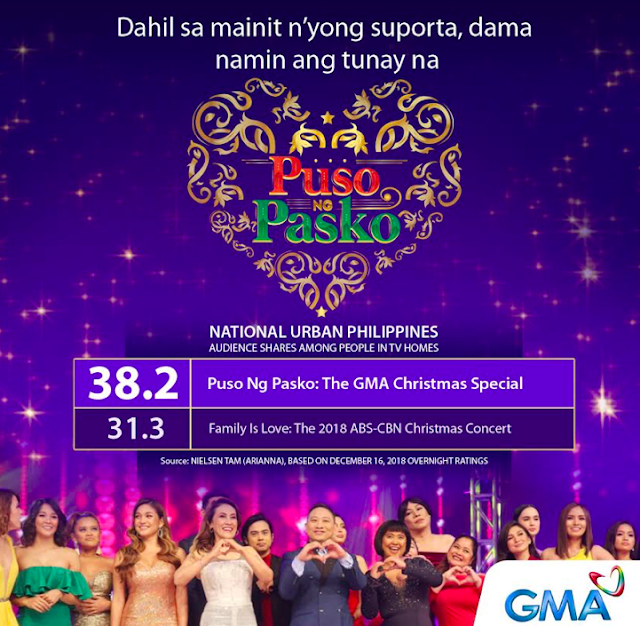 The Kapuso Christmas Station ID, which has breached the 1-million mark on YouTube, also gained over 1 million Facebook views in less than 24 hours. #PusoNgPasko was likewise a top trending hashtag on Twitter and the Christmas SID proceeded to be the number one trending video on YouTube for almost 24 hours.

Viewers from different online platforms expressed their appreciation to the Kapuso Network for the inspiring message that anyone, no matter the circumstance in life, has the ability to also touch lives in a positive way.

On YouTube, Rol Dan said “GMA at its finest! They always give a new flavor of their CSID each year, at ramdam mong di nakikipag kumpetensya, gusto lang ipadama ang #PusoNgPasko taon taon.”
“When we say GMA, the first thing that comes to mind is their genuine sincerity to help others. This is their best CSID for me, the message was clearly executed! And the song is quite catchy! Congrats GMA, you did great,” jairinealexa also commented.

More than the presence of the Kapuso celebrities, the Christmas campaign featured the Network’s heart for genuine public service via GMA Kapuso Foundation and Kapwa Ko Mahal Ko, as well as its collaboration with various organizations.