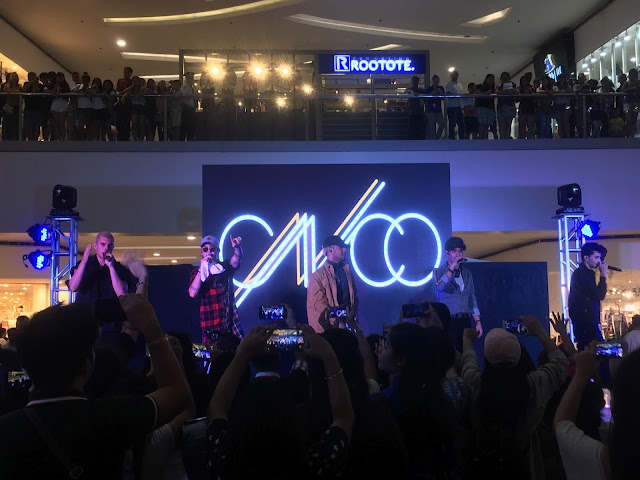 CNCO performed last september 16,2018 at the SM North Edsa. They performed their hit songs which are viral at Youtube with over 1.3 Billion Views and all of their other music videos gaining over 100+ millions of views. CNCO is an Latin boyband which performs primarily in Spanish. The group is composed of Joel Pimentel, Richard Camacho, Erick Brian Colón, Christopher Vélez and Zabdiel De Jesús. They won a five-year recording contract with Sony Music Latin after becoming the winning competitors of the first season of La Banda. The band toured with Ricky Martin and their singles, "Tan Fácil" and "Quisiera", charted well soon after their debut. They released their first album, Primera Cita on August 26, 2016, which included the popular "Reggaetón Lento (Bailemos)", and their second album, CNCO, on April 6, 2018.

Wath some videos from the CNCO event at our Youtube Channel: https://youtu.be/J5-qK9uhzNo