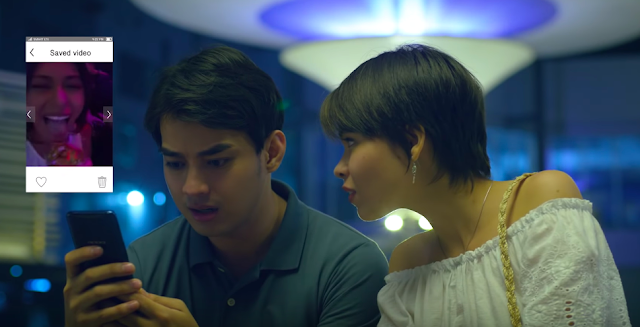 Due to its massive success, Smart’s first ever online series, ‘FindHer,’ is airing as a one-hour
special on Cignal Digital TV’s lifestyle and entertainment channel, Colours, starting Feb. 16, Saturday, at 9 p.m.

A one-of-a-kind romantic-comedy story in the time of smartphones and dating apps, FindHer’s first five
episodes debuted on Smart’s YouTube channel on Feb. 9, garnering over one million views on the first day. The highly anticipated final two episodes were aptly released on Valentine’s Day, and by then, the series’ pilot had reached over 2.6 million views.

“Smart’s widely successful seven-part mini-series, ‘FindHer,’ is making its way from digital to TV. This is just the
first of many innovations between both Cignal and Smart to bring the best content to all of our subscribers,”
said Jane Basas, Cignal TV President &amp; CEO.

“This is Smart’s first venture into creating an online series, so we are really ecstatic when ‘FindHer’ reached over 2 million views within just 48 hours. Through Cignal, we can’t wait to bring it to more audiences, who will find the series funny, heartwarming, and relatable,” said Andrew L. Santos, PLDT-Smart FVP and Consumer Marketing Head.

“We are overwhelmed with the positive reception to ‘FindHer,’ and we look forward to creating more of these amazing stories that highlight the important role of technology in shaping and nurturing relationships,” said Carlo Endaya, PLDT-Smart VP and Prepaid Business Head.

From acclaimed filmmaker and writers

Since the release of the series, netizens have been abuzz with lively debates and discussions over the
quintessential dilemma of modern dating: Is love online? Find out what everyone has been talking about by catching ‘FindHer’ on Cignal and Smart’s YouTube channel and Facebook page.

Smart, Sun and TNT customers can stream the series with Video Every Day, which offers up to one hour of free video streaming on YouTube, iflix, NBA League Pass, iWant and Cignal Play. Video Every Day comes with any active subscription to Giga Surf promos. To register to Giga Surf, simply dial *121#.